If you would like to contribute to public health and participate in our surveillance program by having us place a mosquito trap in your yard, click HERE!

Mosquito-borne Diseases in the USA

Although there are only occasional cases of malaria and dengue fever in the United States, mosquitoes here can still cause illness and death in people and animals.  Some of the mosquito-borne diseases we are concerned with are:

There are about 3,500 different species of mosquitoes worldwide, 53 species in California and 10 species in the Antelope Valley.  The "house mosquito" (Culex quinquefasciatus) and the "encephalitis mosquito" (Culex tarsalis) are the most common species in the Antelope Valley.  They are both capable of transmitting West Nile Virus to animals and humans. As of Octobre 2018, we have also identified an invasive type of mosquito called Aedes Aegypti which can carry and transmit a host of other diseases that the Culex mosquito can not. Learn more about Aedes mosquitoes HERE.

California has one of the most extensive mosquito surveillance systems in the entire Nation. This is due to the cooperation of the California Department of Public Health (CDPH), California Food and Agriculture, the University of California, and the Mosquito and Vector Control Association of California (MVCAC).

The MVCAC is made up of over 60 special districts and local public health agencies throughout California to provide quality public information, comprehensive mosquito and vector-borne disease surveillance, training to high professional standards, and effective legislative advocacy on behalf of California mosquito and vector control districts.

The Antelope Valley Mosquito & Vector Control District conducts surveillance to identify increased mosquito activity as well as an early detection system for mosquito-borne diseases.  The diseases that we routinely check for are West Nile Virus (WNV), St. Louis Encephalitis (SLE), and Western Equine Encephalomyelitis (WEE). We utilize several different types of mosquito traps. Look below to learn about them! 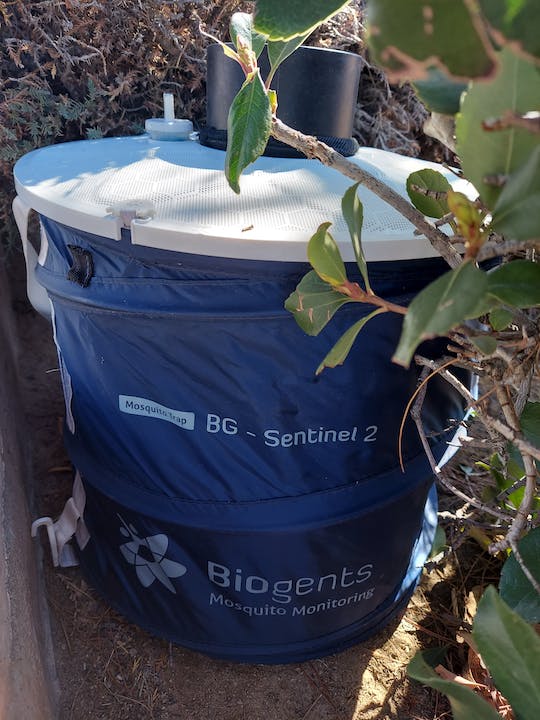 The BG Sentinel traps attracts mosquitoes looking for a source for a blood meal through the use of CO2 from dry ice and a lure that emits an odor that simulates the presence of human skin. When a mosquito comes close to the trap, a battery powered fan sucks in and captures mosquitoes in a small net inside which is collected the following day. These traps are especially effective at capturing the… 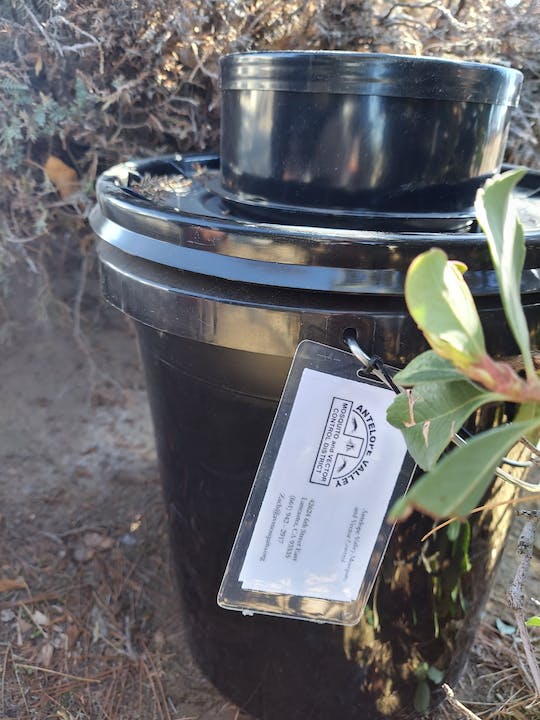 Autocidal Gravid Ovitraps (AGO) are a type of trap our district uses that utilizes water infused with decaying hay to attract female mosquitoes searching for a site to deposit their eggs. The water itself is screened off, preventing the mosquito's access to the standing water. The top section of the trap is lined with "sticky paper" that captures the mosquito when they rest inside the trap after… 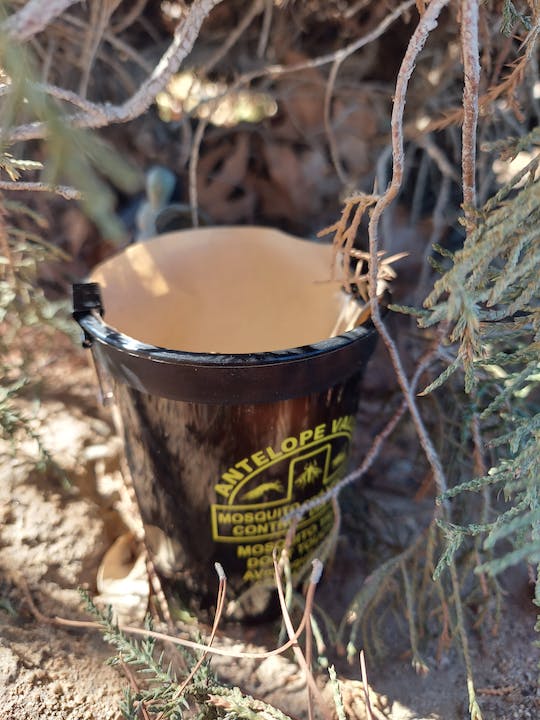 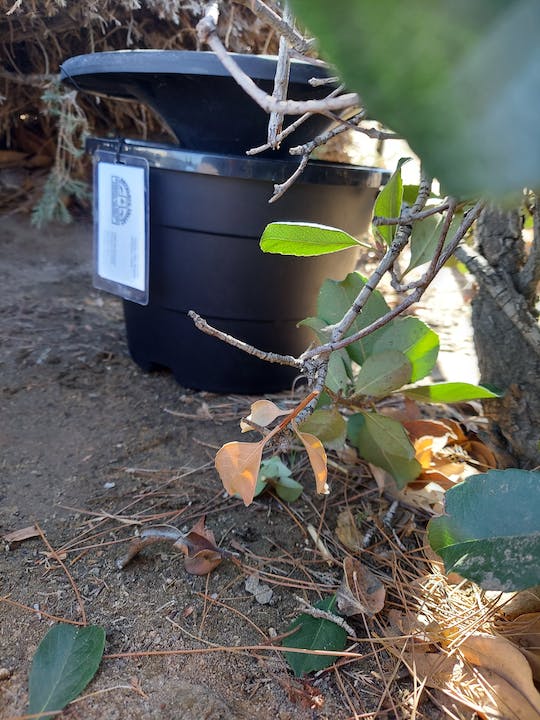 With the continued detection of the invasive Aedes sp. mosquito, our district has begun to further utilize In2Care traps. This trap has yeast infused water as a mosquito attractant that is also mixed with a combination of Pyriproxifen, a mosquito pupae growth regulator, and a fungus-based pesticide that attaches to adult mosquitoes who then spread that pesticide to other water sources nearby… 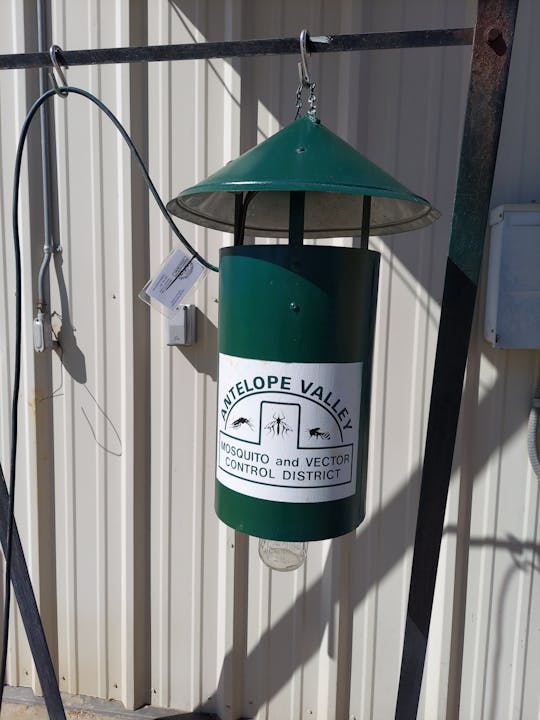 These are stationary traps that are strategically placed in 16 locations in the district from early April through October.  They capture mosquitoes and other insects by attracting them with light and then sucking them into a jar with a fan.  They are collected once a week and the mosquitoes are identified and counted to track population density in those areas.  Since these mosquitoes are dead when… 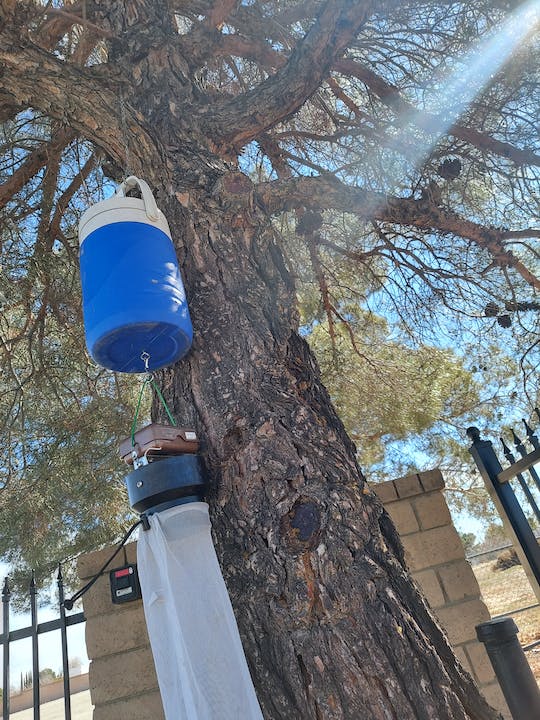 The encephalitis vector surveillance (EVS) traps/Carbon Dioxide (CO2) Traps use dry ice (CO2) as a bait to attract female mosquitoes looking for an animal or human to bite. When searching for a source of a blood meal, mosquitoes sense where CO2 is being expelled by a living creature. Since dry ice evaporates into CO2 gas, it tricks the mosquito into thinking there is someone to bite; drawing them… 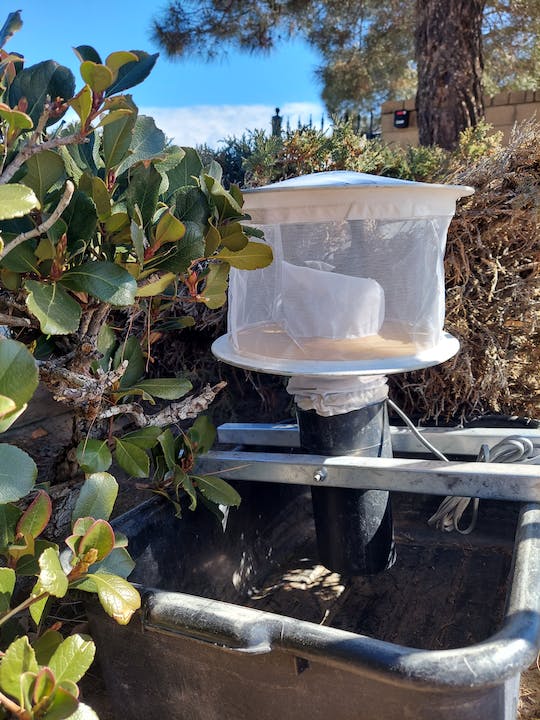 Gravid Traps are a type of mosquito trap that uses water mixed with rabbit feed and yeast as an attractant for female mosquitoes looking for a suitable place to lay their eggs. When the pregnant, or gravid, mosquito attempts to lay their eggs in the nutrient rich water inside of the tub, they are sucked up into a tube by a fan. These traps are placed overnight and are especially important for…

Several bird species die after being infected with WNV and can therefore serve as another early warning system for detection of the virus.  The California Department of Public Health coordinates a statewide surveillance of dead birds.  They can be reported online. The CDPH will respond accordingly. The bird has to be intact and dead less than 24 hours in order to be tested. If birds are not picked… 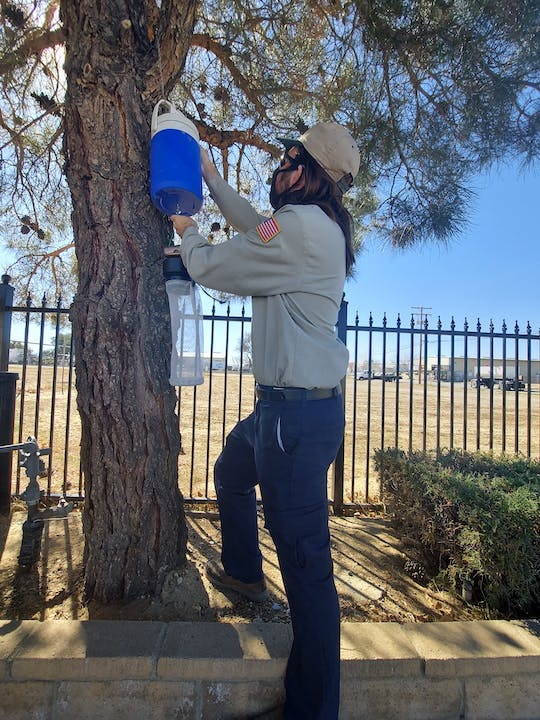